The production process of a mutant protein can eventually result from the recombinant DNA technology modification of the gene. Novel therapeutics for the treatment of various severe chronic illnesses like cancer & other uncommon diseases are developed by the usage of recombinant proteins. The report of OECD(Organisation for Economic Co-operation & Development), Health at a Glance, stated that on an average, across 27 OECD countries, or nearly 1/3 rd. of the population aged 15 years or above were reported to be having two or more chronic diseases, including myocardial infarction, cancer, chronic respiratory issues, CHF (congestive heart failure) & diabetes.

Escherichia coli is known as one of the organisms of choice that can be used for the production of recombinant proteins. Its widely used as a cell factory, which is well-established & it has become the most popular type of expression platform. For this reason, there exist many molecular tools & protocols at hand for the high-level production of the heterologous proteins, like a vast catalogue of expression plasmids, many cultivation strategies, and a great number of engineered strains. The different approaches are reviewed for the synthesis of recombinant proteins in E. coli & discussed in the world summits in this ever-growing field.

The various genetic elements that undergo the replication process as autonomous units, like plasmids, contain a replicon. It consists of one origin of replication along with its associated cis-acting control elements. An important parameter that should be kept in mind while choosing a suitable vector is the copy number. The control of the copy number entirely resides within the replicon. It is very much logical to think that the high plasmid dosage equals more of the recombinant protein yield as there are many expression units that reside in the cell. However, there is a high plasmid number that may impose a total metabolic burden that decreases the overall bacterial growth rate & can produce plasmid instability, & so the number of healthy organisms in case the protein synthesis falls. For this reason, the usage of high copy number plasmids for the protein expression by no means applies to an increase in the production yields.

In terms of recombinant expression, E. coli always have been the most preferred microbial cell factory. E. coli is regarded as a suitable host for expressing stably folded, globular proteins ranging from eukaryotes to prokaryotes. Even though the membrane proteins & proteins with the molecular weights above 60 kDa are very much difficult to express, still several reports have had success in this case 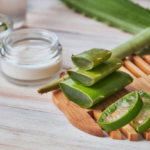